These women prove that you define your own self-image, not vice-versa 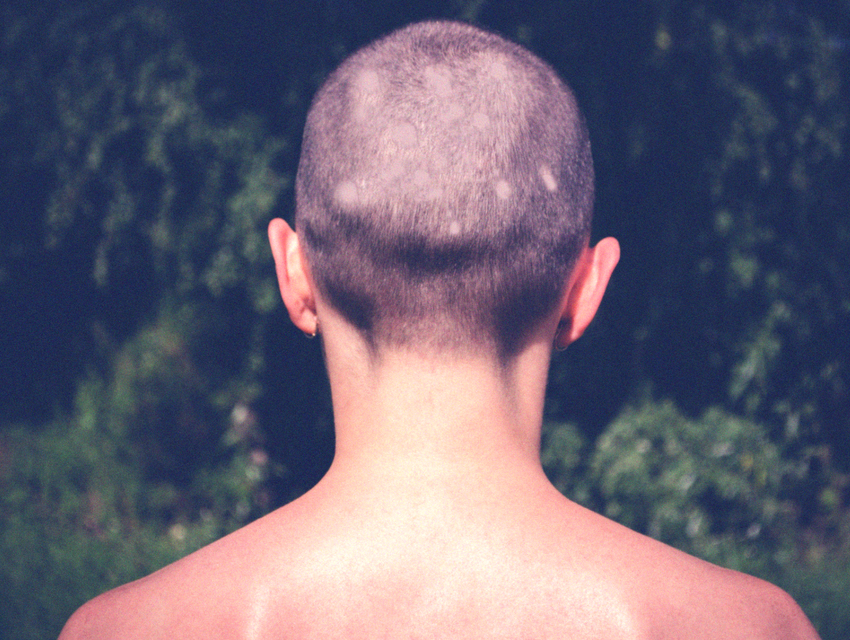 In a world where hair is a defining feature of beauty, women with alopecia are placed in a challenging position.

Society labels long, flowing hair as the definition of femininity, short hair on women can even be called a “boy cut.” This means hair loss for women can damage self-esteem and self-image to a vastly greater extent than for men.

Alopecia affects millions of people worldwide and for women, losing their hair is like losing their identity and it changes who you are and the way you see the world. Rather than crumble under their new reality, women with alopecia have shown their inner strength with outer beauty and renewed self-esteem.

Alopecia is an autoimmune disorder where your body mistakenly attacks your hair follicles, causing permanent hair loss and balding. Baldness in men is often associated with a certain sex appeal, but for women hair loss can be devastating.

According to diagnosed individuals, you find yourself adjusting to life. Many women with alopecia find life frustrating but filled with unexpected gifts at the same time. 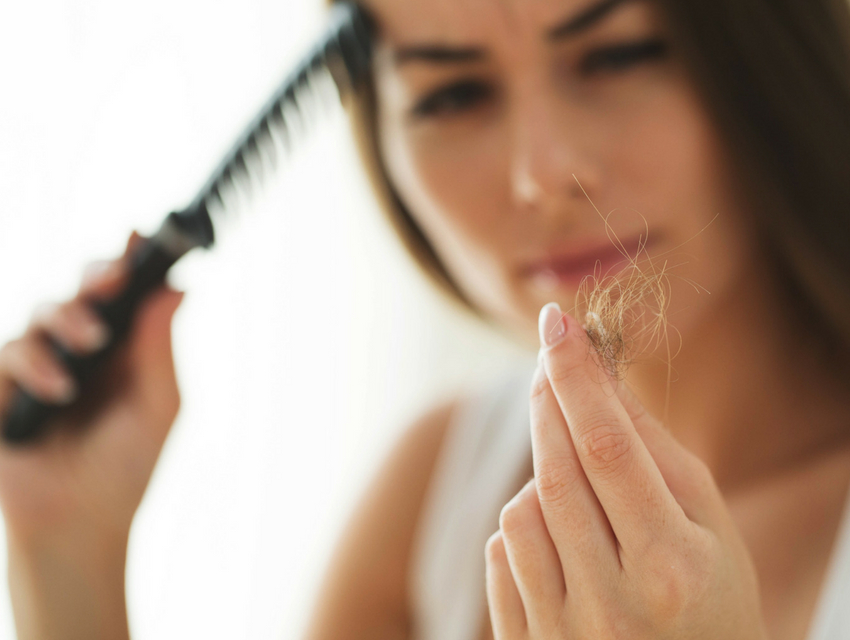 A Women Defines Her Hair, Not the Other Way Around

Jeana Turner: Best known as the runner-up winner in the 24th season of America’s Next Top Model, Jeana lost her eyelashes when she was five. She was completely bald by age twelve.

Jeana’s desires to be a model at an early age were not extinguished by the development of alopecia, though; after entering the model world wearing wigs all the time, she finally braved the stage without one and was received with tremendous support and admiration.

It was not until she felt beautiful in her own skin that this was possible, and her confidence shined.

She recalls that wearing wigs was painful and time consuming, whereas now she is free. She aspired to be the model she always wanted and loves the spotlight.

Now, doubling as an advocate and role model for women everywhere with alopecia, Jeana continues to thrive in life. Alopecia may have taken her hair, but it did not take her spirit, which is important for women to hold on to. 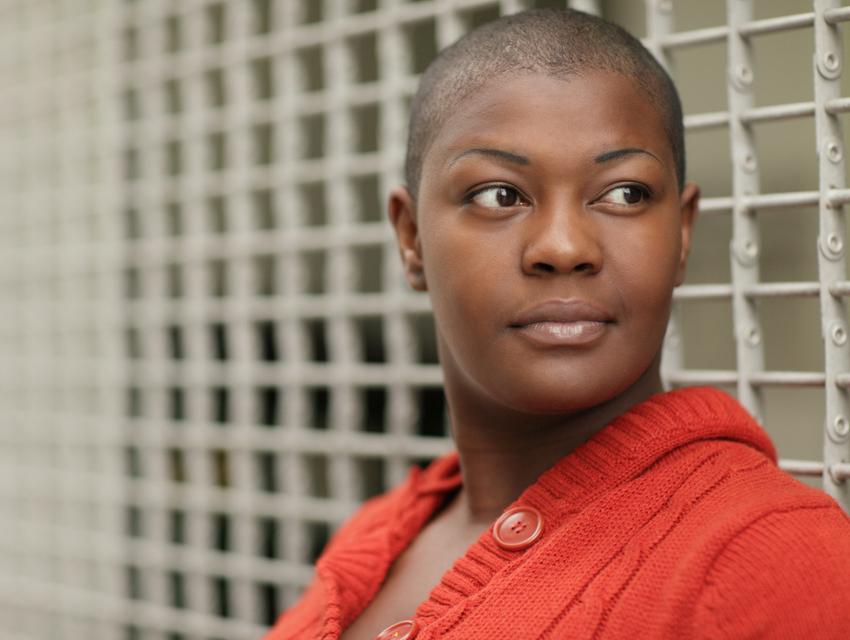 Kayla Martell: Miss Delaware, Kayla Martell, lost her hair when she was 11 years old and went on to become an icon and motivational speaker. At an early age, she decided not to wear wigs in order to be in control of her own experience.

Looking at her life as a new blank canvas to create beauty on, alopecia inspired her rather than defeated her.

With hair being a defining feature of femininity, it would have seemed unlikely that Miss America would ever be bald. Kayla not only showed the world a new look on life, but taught acceptance as well as appreciation of beauty on a deeper level.

Tying a ribbon through her crown to wear it as a headband made the ultimate statement that a beauty queen shines from within and is not defined by antiquated views.

When the Hair Is Gone…

It doesn’t mean your beauty is gone. Hair loss may be a hard pill to swallow at first, but recognizing that beauty is more than hair and makeup is where you need to focus.

A diagnosis of alopecia gave these inspirational women a new view of life and beauty and cast shame on society’s traditional opinions of what a woman needs to be. 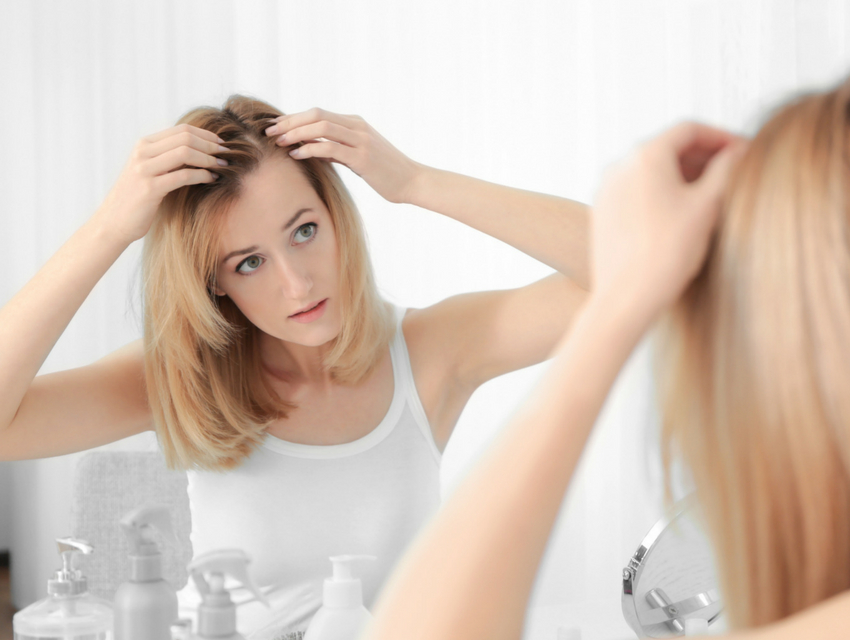 Understanding alopecia can do more than help you live with it. Once you understand that it is not who you are, you can redefine what beauty means to you.

Some people lose all their hair and others will only lose patches. Many women who lose their hair in patches opt for just shaving their head to keep things simple.

Typically, when you start developing symptoms early in life, you will have full hair loss within the first two decades.

Research also shows that in about 38 percent of alopecia cases, changes in nails are also reported. Just as with the hair loss, changes to your nails can vary. This makes sense because the proteins involved in hair and nail growth are one in the same.

You may start to notice symptoms with your nails before your hair begins to fall out, so this is a good indicator to reach out to a doctor for further testing. These include:

♦ Rough sandpaper feel of the nails

People diagnosed with alopecia are at an increased risk for depression, with most symptoms appearing directly after the onset of the condition. There is also increased risk for other health problems including vitiligo (skin pigment disorder), lupus, psoriasis, inflammatory bowel disease, and thyroid disease.

When symptoms of alopecia are identified at an early age, you have an increased lifetime risk for developing these other serious conditions. 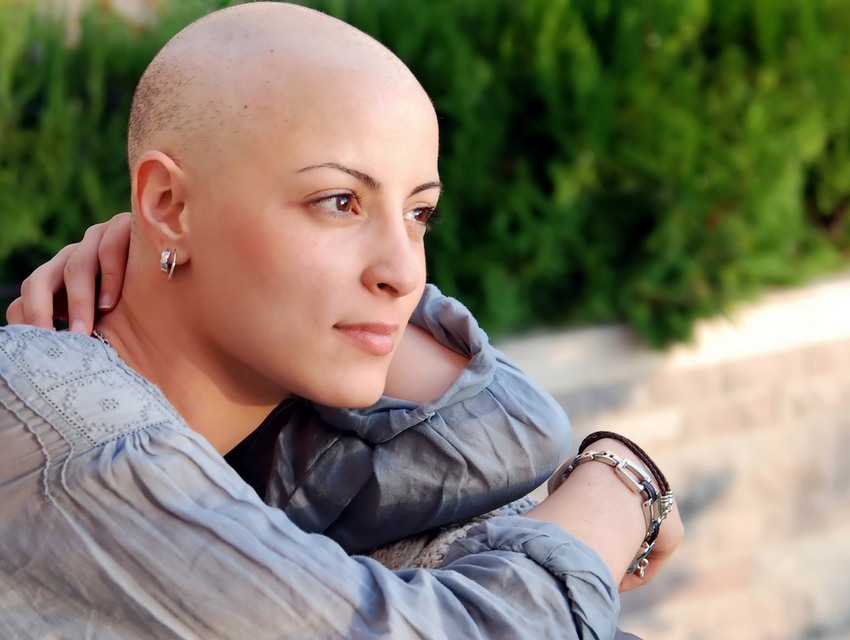 Where Does Alopecia Come From?

Both genetic and environmental factors play a part in the development of alopecia. A combination of genes contributes to the likelihood of developing the condition, but it is unlikely you will inherit all the genes required to predispose you to this condition.

Therefore, an environmental role is played as studies with twins have indicated. The environmental factors thought to add to the genetic risks include trauma, viral infections, and psychological stress.

The environmental triggers can cause an overactive inflammatory response within the body which increases the risk of developing this autoimmune condition. The inflammation interacts with hair follicles, heightening their response and leading to hair loss.

The links with other diseases are based on this widespread inflammation, as all other conditions linked to alopecia share that common thread.

Long, flowing locks does not define you, and this is a trend we need to see across society. Beauty is in the eye of the beholder, and you are the beholder.

What you see as beautiful will be beautiful. Hair does not define you any more than clothes or a career does. As a person you are individual and unique and need to embrace the way you stand out.

Having alopecia can be a blessing in disguise, and shows us that the definition of beauty is whatever you want it to be.